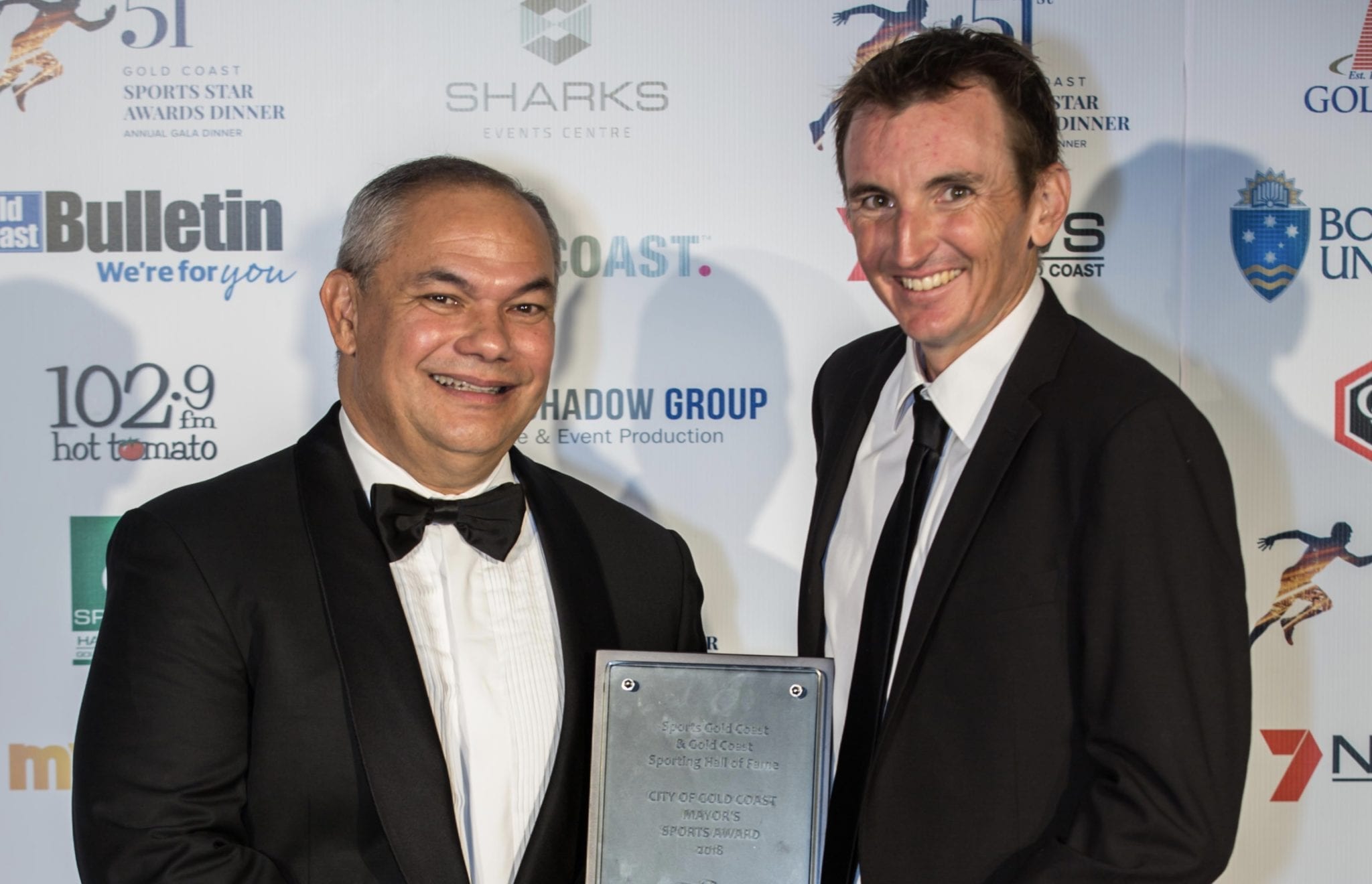 There’s no doubt about it, Michael Shelley’s name will go down as one of the greats of Australian running, if not Australian sport as a whole.

The proud Gold Coast local capped off another stellar year of competition with another piece of Silverware at the 51st Annual Sports Star Awards, taking home the City of Gold Coast Mayor’s Sports Award.

2018 saw Shelley pick up the gold medal in front of his raucous home crowd in the showpiece marathon event at the Commonwealth Games, a feat that the ever humble champion would have to put among his most proud.

Shelley’s third consecutive Commonwealth Games medal – following silver in Delhi and gold in Glasgow – came in extremely trying conditions; under the heat and humidity of a typically Gold Coast day.

“Born, bred and proud to be a Gold Coaster, no one could argue that Michael Shelley exemplifies [our] local spirit to a tee”

While the 35-year-old should certainly not be considered ‘old’ by any standard, he could be referred to as one of the elder statesman of the Australian athletics contingent – however it is obvious his talent, drive and commitment continues to come to the fore.

With the Mayor’s Sport Award now in its third year of circulation, the former Olympian is already in illustrious company, alongside Mat Belcher (sailing world champion) and Ashleigh Gentle (champion triathlete).

The Award is particularly poignant for Shelley as its criteria is not solely based on sporting achievement and international standing, but also the type of role model and ambassador the recipient is within the local community.

Born, bred and proud to be a Gold Coaster, no one could argue that Michael Shelley exemplifies this local spirit to a tee.

Shelley is a champion within and outside of his sport, and the 2019 Mayor’s Sports Award recognises his continued ambassadorship of our proud sporting city.