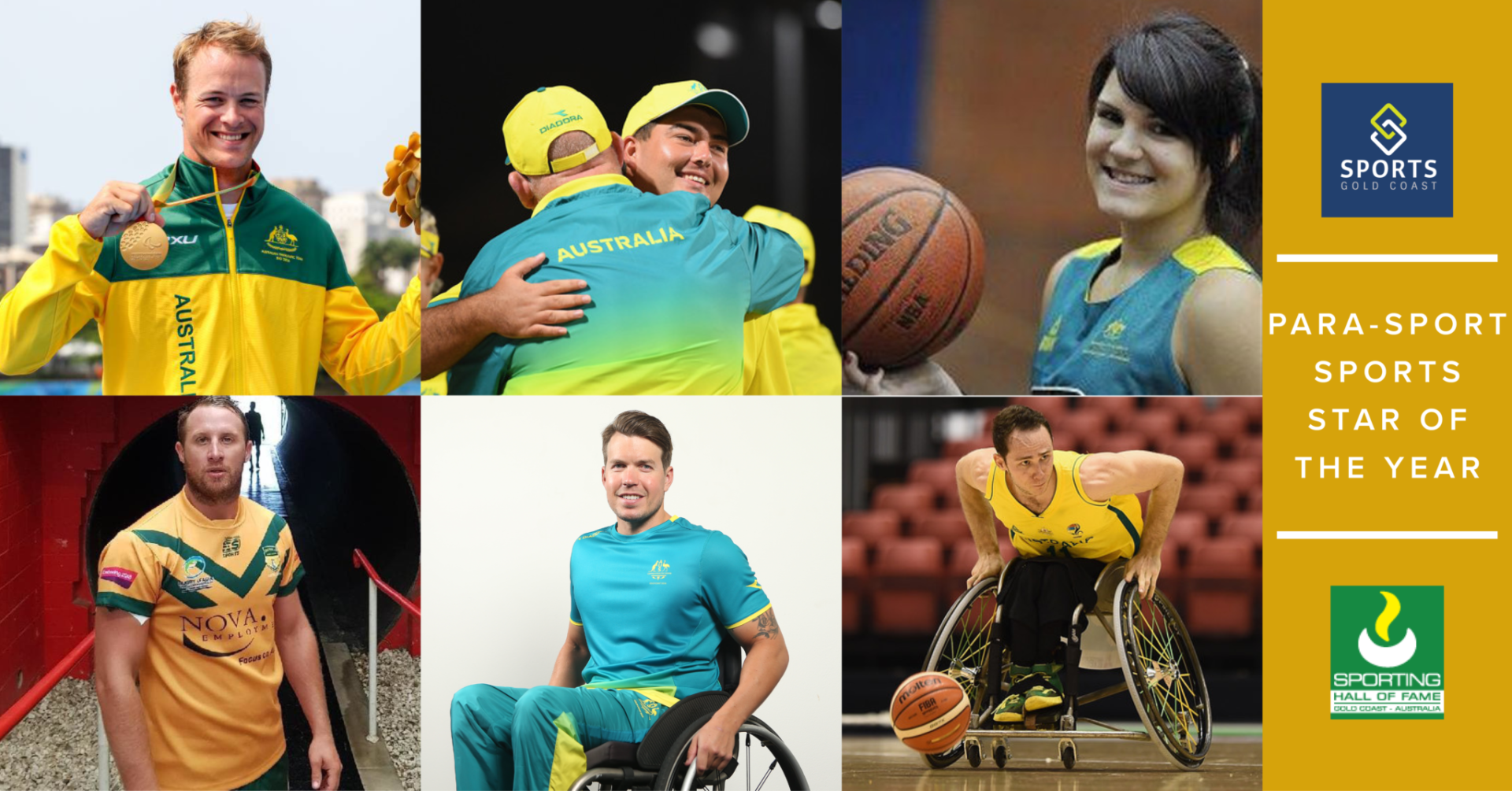 Para-sport is set to take centre stage at February’s Gold Coast Sports Star Awards following the announcement of a stellar group of finalists for Para-sport Sports Star of the Year.

The award will celebrate the achievements of the city’s para-athletes in a year filled with success at the Commonwealth Games and many other international events.

Sports Gold Coast Chairman Geoff Smith said this year’s finalists for the para-athlete award represent the spirit and growth of para-sport on the Gold Coast.

“This award is about acknowledging the incredible achievements of our city’s most-talented para-athletes,” he said.

“The Gold Coast provides opportunities and resources for our para-athletes that helps them dominate on the world stage, as we can see from the calibre and success of these finalists.

“As a city we should be extremely proud of the spirit in which these athletes have represented us, certainly something we aim to promote through the Sports Star Awards.”

While most of the award finalists have competed in para-sport for some time, physical disability rugby league player Mitch Gleeson is new to the area after playing much of his career in able-body competition.

The Runaway Bay Seagulls junior said he was honoured to be recognised by his home city and named in such respected company.

“Being nominated for this award in my hometown and with the calibre of the other athletes is massive, and I put it right up there with captaining my country,” he said.

“Having only recently transitioned from able-body to disability rugby league myself, this recognition and promotion of para-sport can hopefully show people the incredible talent and competition that exists.”

The Para-sport Sports Star of the Year will be just one of the major awards at the annual gala event, with both Sports Gold Coast and the Gold Coast Sporting Hall of Fame placing strong focus on both elite and grassroots achievements.

Now in its 51st year, the Gold Coast Sports Star Awards will be held at Southport Sharks on Thursday February 21.