CURTIS McGRATH: GOLD COAST SPORTS START OF THE YEAR – ATHLETE WITH A DISABILITY 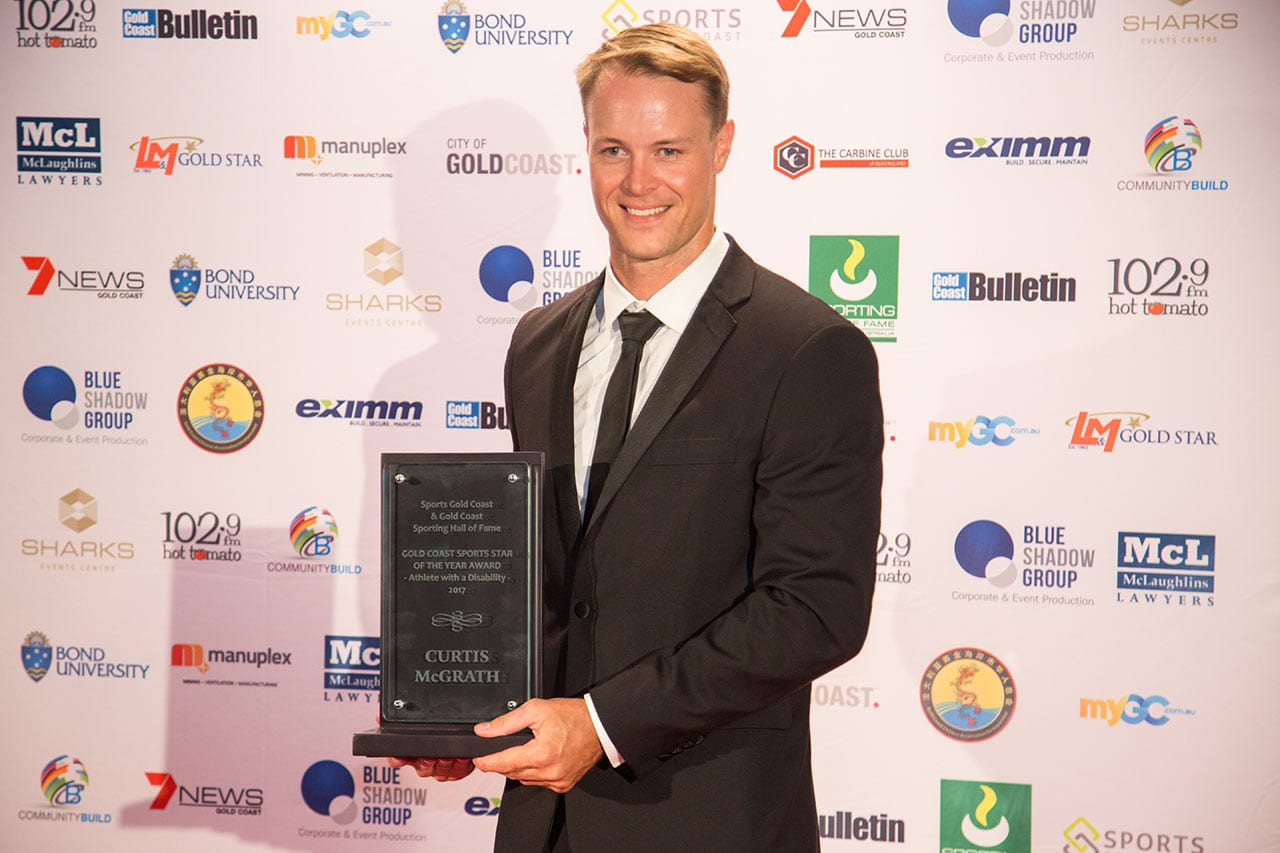 There is little doubt why Curtis McGrath is one of Australia’s, and the Gold Coast’s, most awarded and revered athletes.

His story – full of drama, devastation, tears and triumph – appears to be lifted from a superhero’s script. McGrath is a decorated war veteran, a champion sportsman, but more than anything he is a really good bloke. His story has been told so many times, but never loses its potency.

“He has his sights set on more world championship gold in 2018 and then the Paralympics in Tokyo 2020.”

On August 23, 2012, young soldier Curtis McGrath’s life changed forever. The decorated Sapper was two months into a tour of Taliban-rife areas of Afghanistan when he stepped on a homemade landline. The then 24-year-old lost both his legs in the blast.

The unofficial medic of the patrol, he had to walk his mates through the first aid treatment he needed. When they had finished and put him on a stretcher to wait for the rescue chopper, he told them: “You will see me in the Paralympics.”

That was just one of the early chapters to a riveting life read so far. True to his word he competed in the 2016 Paralympic Games, in the paracanoe – winning gold of course. And he has achieved so much more in sport. He has also won six world championship gold medals – two in Racice, Czech Republic, in 2017, exactly five years after the landmine incident. He also notched a first and a second in indoor rowing at the Invictus Games in Toronto last year.

In fact the Gold Coast Sporting Hall of Fame judging criteria is the same for the Sports Star of the Year as for the Athlete with a Disability classification: ‘The Athlete must have competed and achieved a significant result at the highest level of competition in their chosen sport during the calendar year of the nominated awards’.

McGrath (OAM) is an ambassador for the 2018 Invictus Games in Sydney and a proud Ambassador of Mates4Mates, which supports current and ex-serving Australian Defence Force members who have been wounded, injured or are ill as a result of their service.