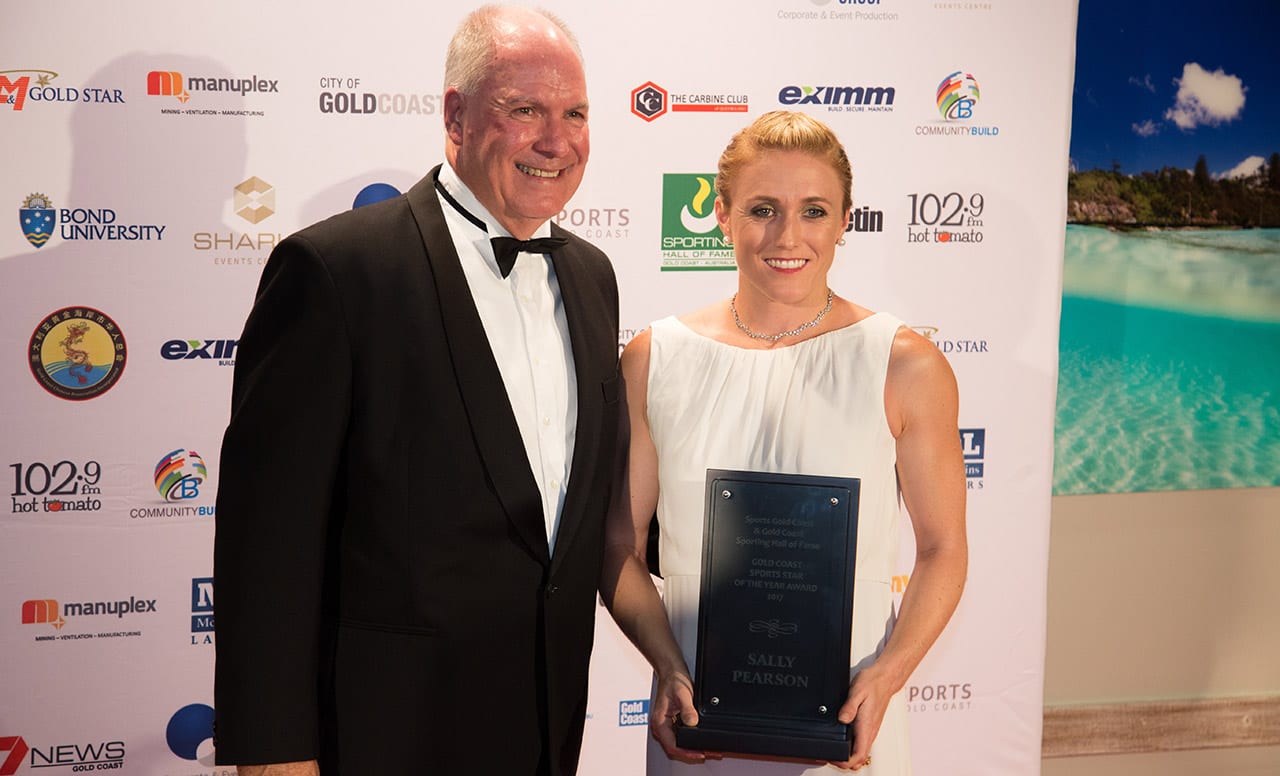 Sally Pearson has edged out a lengthy list of fellow world champions to be again named Gold Coast Sports Star of the Year.

At the glittering awards night (on Thursday, February 15) at the Southport Sharks Events Centre, Pearson won the award for the fourth time. She had previously won in 2010, 2011 and 2012.

The awards have been staged since 1968 and only seven-time winners Michael Doohan (motorsport) and Grant Hackett (swimming) appear more on the honour board.

Pearson climbed back to the top of the world in her event, the 100metres hurdles, in 2017. Her’s is not just an amazing story of track success, but also of an individual’s courage and determination to overcome every hurdle placed in front of her.

Collecting her Gold Coast Sports Star of the Year award was special for the 31-year-old because not only was it in front of an adoring home crowd it was also the perfect lead-up to what will be her most celebrated home-town performance – at the 2018 Commonwealth Games.

Pearson already has two Commonwealth Games gold medals – Delhi (2010) and Glasgow (2014). She competed in the 2006 Melbourne Commonwealth Games, but fell in the final. Gold on the Gold Coast would elevate here in the standings as one of Australia’s greatest track athletes. She has already been awarded the Order of Australia Medal (OAM) (2014) for her contribution to sport.

Despite her stunning career highlights and a spectacular 2017, Pearson’s win in the Gold Coast Sports Star of the Year was not a simple ‘cruise to the line’. She had to overcome a star-studded list of finalists including eight other local world champions.

Add to that the likes of Jamie Whincup, who has now won an astonishing seven Australian Supercar titles, and surf lifesaving superman Ali Day, who reached a record-equalling fifth Coolangatta Gold title, and Pearson’s award win becomes even more impressive.

The custodians of the annual Gold Coast Sports Star of the Year Awards are the Gold Coast Sporting Hall of Fame. Hall Chairperson, and local sporting matriarch, Daphne Pirie, says this award almost always goes to a world champion.

That certainly is the case for 2017 winner Sally Pearson.