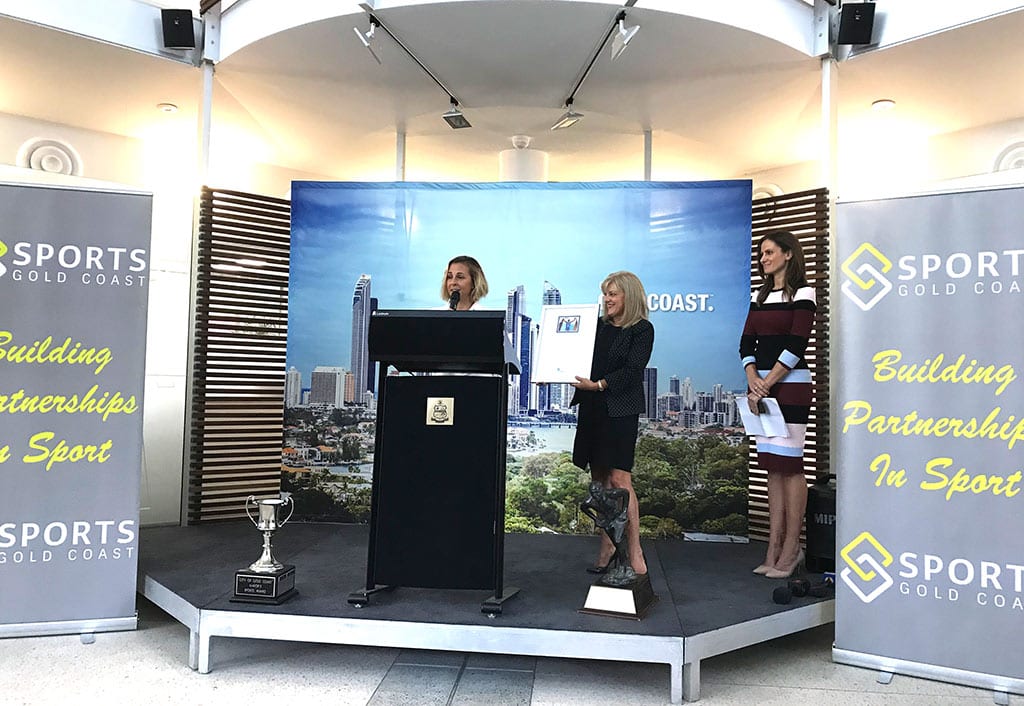 AN avalanche of gold to local athletes at this year’s Commonwealth Games on the Gold Coast has created what will arguably be the highest quality field of finalists in the 51-year history of the prestigious Gold Coast Sports Star of the Year Award.

The awards – to be staged on February 21 next year – were officially launched today by Gold Coast Deputy Mayor Donna Gates.

The awards are hosted jointly by the Gold Coast Sporting Hall of Fame and Sports Gold Coast.

Hall chairwoman, Daphne Pirie, said the 2018 awards were the perfect reflection on what will be one of the most significant years of sport on the Gold Coast.

“The year isn’t over and already we have an amazing array of athletes vying for this award,” she said.

“Of course the Commonwealth Games placed an international spotlight on the sporting soul of this city. In that regard we are world class.

“In the aftermath of the Games we have numerous local gold medal winners who are now vying for the honour of being named as the city’s premier sportsperson for 2018.

“But let’s not forget there will also be plenty of Gold Coast champions outside of the Games contingent who excelled on the international stage in 2018. This will undoubtedly be one of the most star-studded finals fields ever assembled for the Sports Star of the Year.”

Sports Gold Coast chairman Geoff Smith highlighted the fact that the annual sports awards also  applauded the performances of athletes with a disability.

“One of the most successful and heralded aspects of this year’s Commonwealth Games was the fact that the para athletes were given equal billing. The Sports Star of the Year Awards have been similarly focussed for several years,” Mr Smith said.

At today’s launch awards organisers gave a glimpse of the quality of the final field for the Sports Stars of the Year, by unveiling four of the finalists:

Today’s launch also paid tribute to triathlon great Emma Snowsill. Emma was inducted into the Gold Coast Sporting Hall of Fame at this year’s awards dinner, held in February, but could not be present because she had just given birth, to her second child, daughter Sienna.

Geoff Smith urged Gold Coasters – from sporting clubs through to corporate entities – to be part of the awards night.

“The diversity of sport in this city is mirrored on this night,” he said.

“We have such a variety of sports represented, and from the grassroots level through to our many international sporting stars who are based here.

“It is the one time of the year when the entire Gold Coast sporting family comes together to acknowledge our juniors, our fantastic volunteers, our grassroots clubs, right through to our champions.”

For information on tickets for the gala sports presentation night, go to: www.sgcstg.wpengine.com