People’s Choice Team of the Year: National Futsal Champs a ‘Force’ to be reckoned with 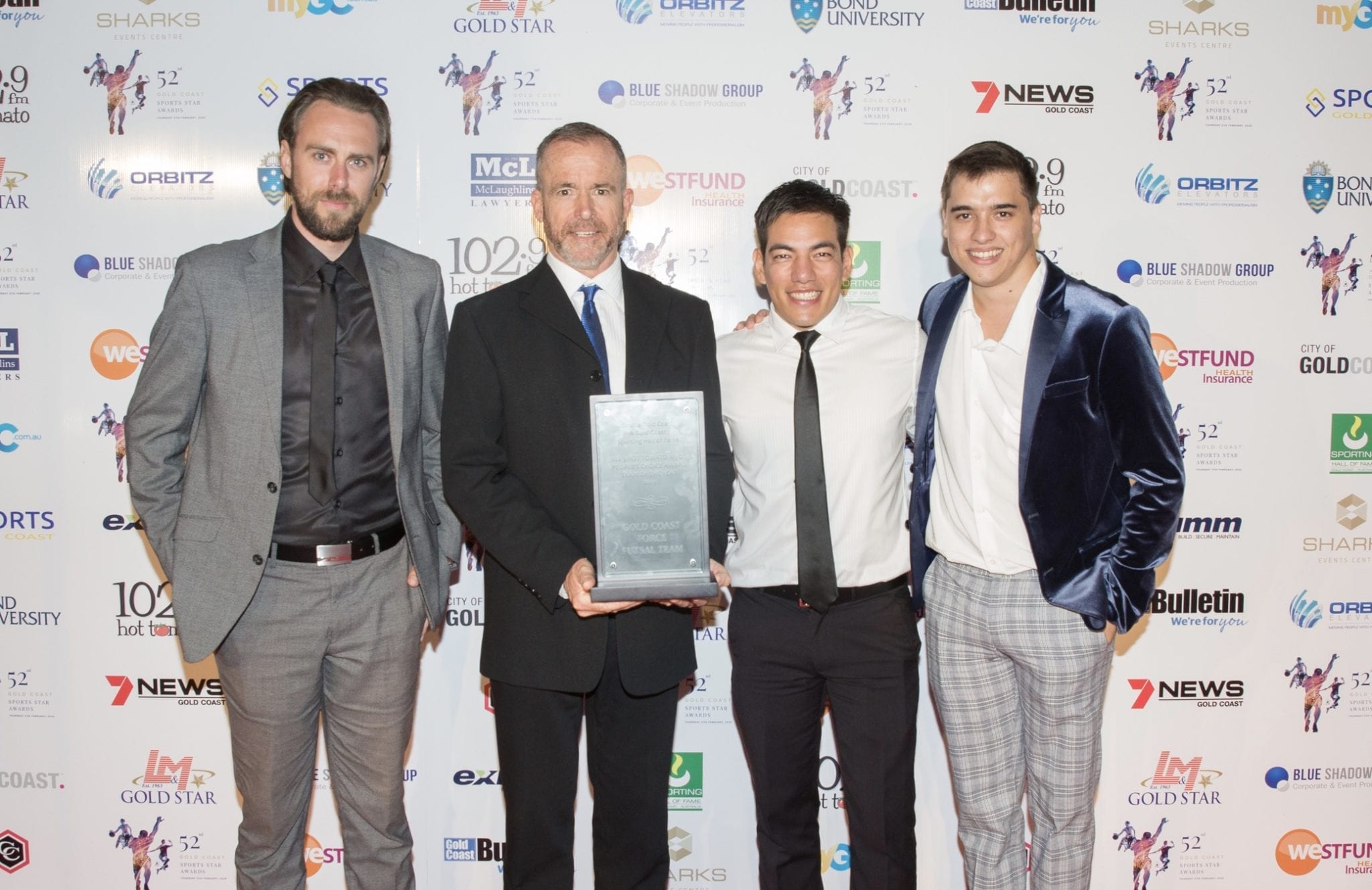 The Gold Coast Force have won the hearts and minds of Coast locals in 2019, with the Australian Futsal Champs voted the 102.9 Hot Tomato and MyGC Gold Coast Team of the Year at the 52nd Gold Coast Sports Star Awards.

When it comes to sporting achievements in 2019, there aren’t many teams that could top those of the Gold Coast Force, who have become one of the latest in a long list of Gold Coast teams to lay claim to being national champions.

The Force team went to a new level over the course of the last year, winning the Australian Futsal Club Championship in Sydney and knocking off their much more fancied opposition in the process.

Their underdog status made the victory even more impressive and undoubtedly helped to capture the attention of our proud sporting community.

This victory came hot on the heels of the club’s success in the Queensland 2019 Super Futsal Superliga where the Men’s team took out the title, as well as the Force Women and Draft squad dominating their respective competitions.

The last year also saw the team defeat the Oceanian Champions, the Solomon Islands, in a friendly match which attracted a strong following domestically and abroad.

Being named the Gold Coast Team of the Year and beating out some other very deserving finalists in the category is a sure sign that both the Force side and Futsal as a sport are gaining the traction they deserve on the Coast.

In fact, the following for the Force in other states and even internationally seemingly dwarfs the stature and exposure they receive in their own city, with messages of congratulations being sent in from far and wide.

Hopefully this latest victory spurs the Force on to even bigger and better things in 2020, with the squad hoping to gain a berth in the Asian Football Confederation (AFC) Futsal Club Championship  – an important step in their quest to take Gold Coast Futsal to the world.

In order to qualify as a finalist for the Team of the Year category at the Gold Coast Sports Star Awards, a locally-based team must have won a premier city, state or national title and gained significant support from the local community.

With more votes than ever before cast in the competition, the end results were still as tight as always, with the Force pipping the other finalists at the post to take home this year’s title.

The People’s Choice Team of the Year Award is proudly sponsored by 102.9 Hot Tomato and MyGC, two of the Gold Coast’s most respected names in radio and news.