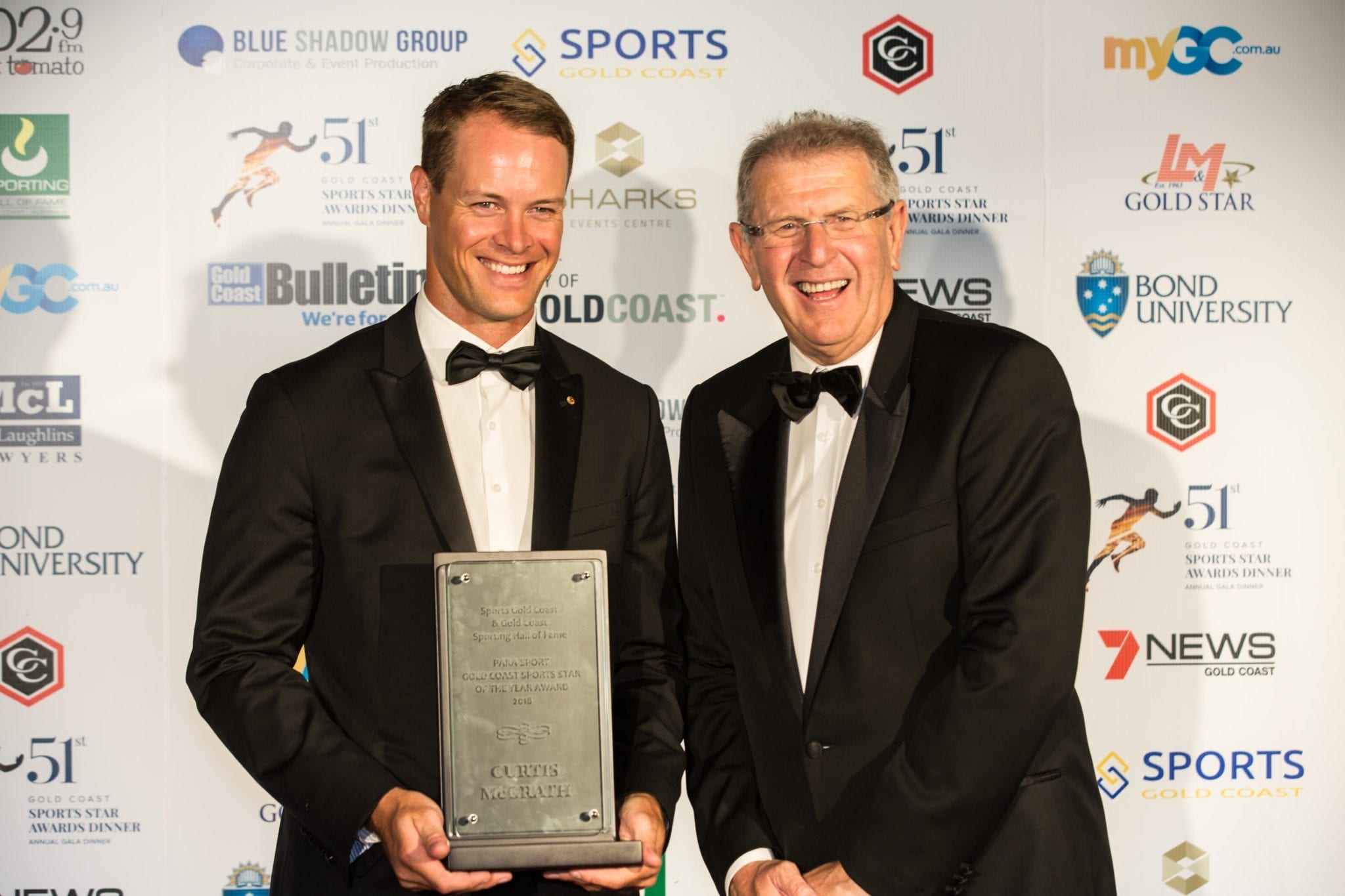 It was a case of history repeating tonight at the Gold Coast Sports Star Awards, with local and national legend Curtis McGrath being named the Para-Sport Sports Star of the Year for the third consecutive year.

In fact, this marks McGrath’s 4th victory in the category since its inception in 2014 – a huge achievement considering the calibre of the other finalists in that period, and especially this year.

With a background story fitting of a Hollywood blockbuster, the decorated war veteran and champion sportsman continues to achieve remarkable results and pave the way for para-sport, particularly within the local Gold Coast community.

The 2018 calendar year saw the 30-year-old para-canoeist take out his eighth world title, and among other extraordinary achievements, also inspired other para athletes through his ambassadorial role at the Invictus Games.

“…the decorated war veteran and champion sportsman continues to achieve remarkable results and pave the way for para-sport.”

McGrath’s fourth Para-Sport Sports Star of the Year victory is another piece of silverware to accompany an already stacked trophy cabinet that includes Paralympic Games Gold in the 2016 Rio Games.

The Para-Sport Sports Star of the Year category was long overdue when first awarded in 2014. Sports competition for para-sport has boomed over the past decade and the popularity of events such as the Paralympics proves there is a community appreciation for this sports category and an understanding that para athletes can reach the same elite status as their able-bodied peers.

In fact the Gold Coast Sporting Hall of Fame judging criteria is the same for the Sports Star of the Year as for the Para Sports Star of the Year: “The Athlete must have competed and achieved a significant result at the highest level of competition in their chosen sport during the calendar year of the nominated awards”.

Outside of his sporting achievements McGrath has been awarded an Order of Australian Medal and is a proud ambassador of Mates4Mates, which supports current and ex-serving Australian Defence Force personnel who have been wounded or injured as a result of their service.

McGrath will now have his eyes firmly set on more championship gold in 2019, before the all-important Paralympics in Tokyo 2020.

The term ‘hero’ gets bandied about in sporting circles far too often, however, there’s no doubting that for Curtis McGrath and his impact on para-sport and the local Gold Coast community, the title is fitting – as is his receiving of this Gold Coast Sports Star Award.