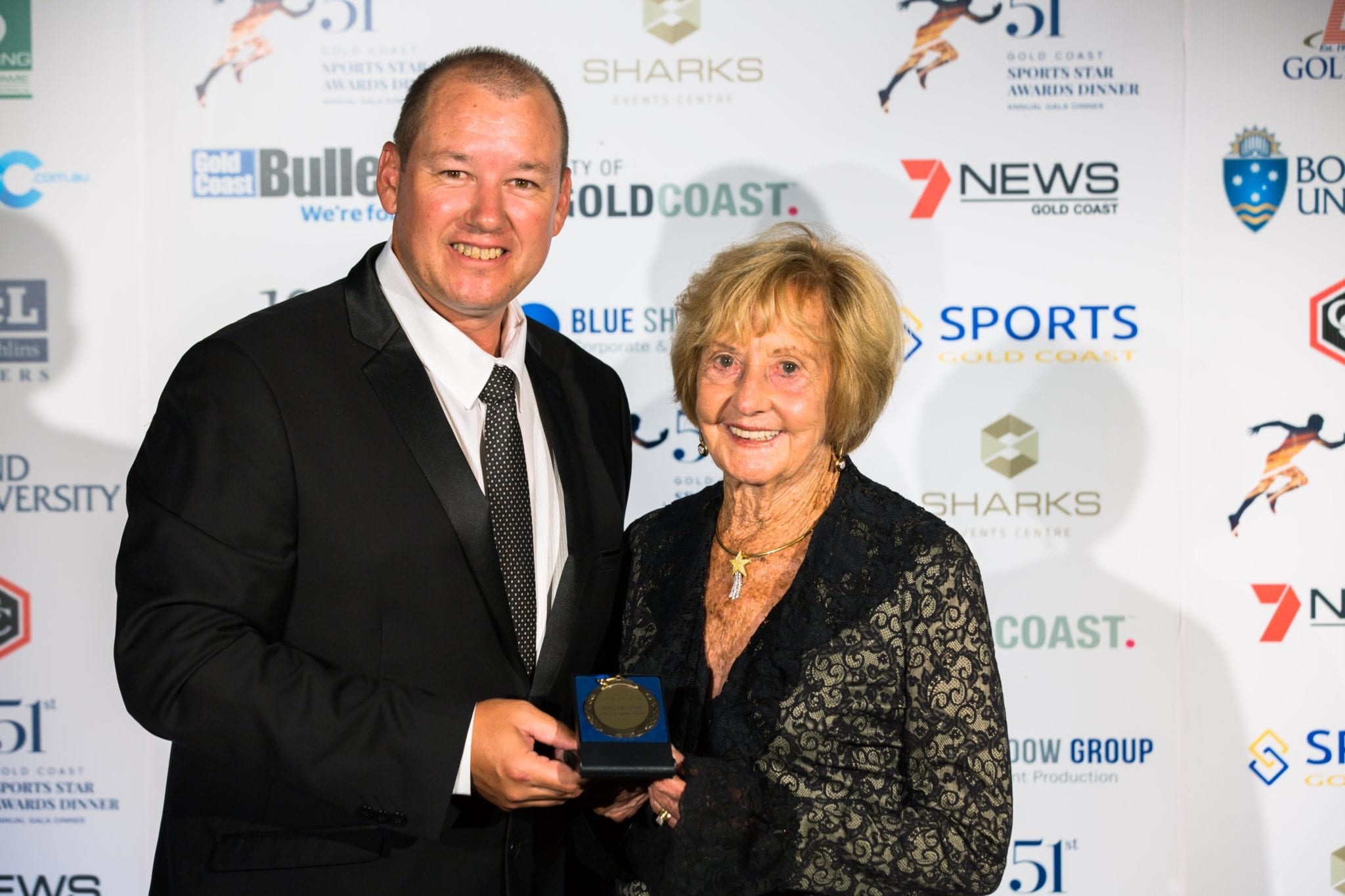 Anyone who knows of Brett Wilkie will know that there is no man better deserving of the Daphne Pirie AO MBE Spirit of Sport Medal at the Gold Coast Sports Star Awards.

At 44 years of age, Wilkie has demonstrated impeccable participation, achievement, and investment across his four decades in lawn bowls.

Over the years, Wilkie has played 254 games for Australia through three Commonwealth Games, where he brought home two silver medals and a bronze, as well as two world championships that gained two gold and two silver wins.

“While his sporting achievements are certainly nothing to shy away from, Wilkie truly believes his proudest role is that of being a father-of-five and husband to Fiona.”

In 2016, Wilkie was appointed CEO of Bowls Queensland, a role that he constantly went above and beyond within. Wilkie demonstrates and amplifies that lawn bowls is the ultimately inclusive sport; a game where children can, and do, play alongside their grandparents.

In fact, Wilkie was one of these children himself.

His passion for the sport began at a very young age, where he would trot along to the Ballarat East Bowls Club behind two regular players and club officials – being Janice and David Wilkie, Brett’s parents.

By the ripe age of 11, this after-school excursion owed to his parents had turned into a joy of his own, and Wilkie found himself playing competitive bowls. Two years later, Wilkie was selected for the first time to the State indoor team.

The decades that followed demonstrated an undying dedication to the sport, where Wilkie moved to Queensland in 1992 and, for the following six years, played indoor bowls for Australia with national captaincy, before deciding to concentrate on the outdoor game for the rest of his career.

In 2018, Wilkie retired from elite representative competition, however his passion for the game has not dwindled. Upon stepping down, Bowls Australia named him as the Best International Bowler for 2018.

Wilkie has not solely been a player of bowls; he’s been an administrator, a coach, a mentor and an ambassador who has played a pivotal role in bringing lawn bowls to light in the Australian sporting scene.

While his sporting achievements are certainly nothing to shy away from, Wilkie truly believes his proudest role is that of being a father-of-five and husband to Fiona.

It’s obvious that this family-man has improved every aspect of lawn bowls, both locally and nationally, through his passion, hard work and dedication.

Wilkie has retired at the top of his game, and is undoubtedly the deserving recipient of the Daphne Pirie AO MBE Spirit of Sport Medal.