The champion sailor and proud Coast local had yet another stellar year in 2019, living up to the high standards we have come to expect of him and ultimately culminating in what is his first Gold Coast Sports Star of the Year title from a number of nominations.

2019 saw Mat given the title of “World’s Best Sailor”, maintain his World Number One ranking in the 470 sailing event, and notch up a remarkable eighth World Title at the World Championship event in Japan with the aid of his sailing partner Will Ryan.

Together the pair made sailing history at the event, the first ever team to secure five titles together. They also became some of the first Australian athletes to qualify for Tokyo 2020, with hopes of securing Olympic Gold later this year.

Unfortunately due to illness Mat was unable to attend the gala Sports Star Awards, but was there in spirit, sending his sincere apologies and gratitude for the award in an acceptance video played to the understanding crowd.

“I hope everyone is having a great night, and I’m really sorry I couldn’t be there but I’m super excited to be named Sports Star of the Year for the last year,” Mat said

“To all the other nominees, congratulations. Your performances were absolutely amazing and I wish you all the best for this coming year,

“To Sports Gold Coast and Gold Coast City Council, thank you for the opportunity you give Gold Coast athletes. I look forward to being there next year.”

The Southport Yacht Club representative is a fan-favourite on the Coast, always giving back to the local community and coaching up-and-coming talent whenever he isn’t away from home training or competing.

The judging panel from the Gold Coast Sporting Hall of Fame had a very tough decision ahead of them after a multitude of amazing performances from Gold Coast athletes last year.

Not only do we congratulate Mat on his achievement, but we also wish him a quick recovery from illness as he looks to travel to Europe for World Titles in the next few days!

A great athlete, role model and family-man, Mat is an extremely deserving Gold Coast Sport Star of the Year. 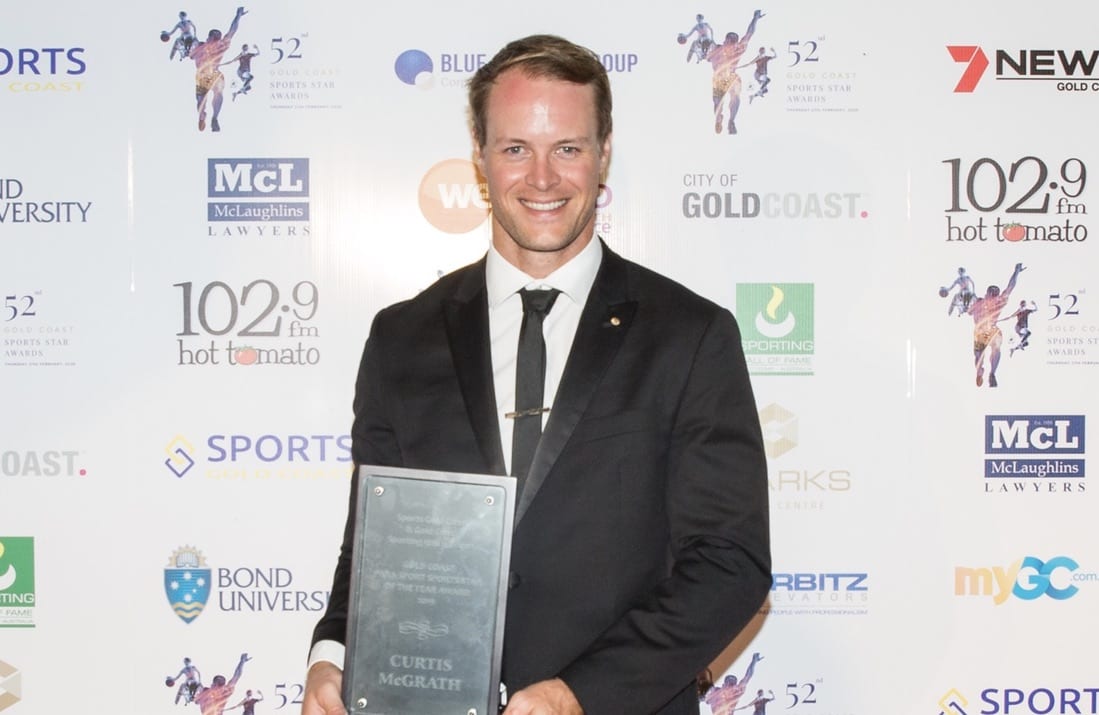 Superstar para-canoeist Curtis McGrath has made history once again at the 52nd Gold Coast Sports Star Awards, beating out a stellar field to be named the Gold Coast’s best para athlete of the year for a remarkable fourth consecutive occasion.